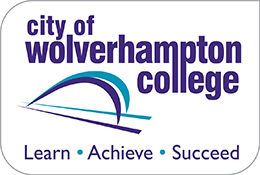 City of Wolverhampton College has received a Ministry of Defence award for its work with members of the armed forces.

The college has been given an Employer Recognition Scheme silver award by the MoD in recognition of the support it provides to serving and retired forces’ personnel and to staff who are serving reservists.

As a signed-up member of the Armed Forces’ Covenant – which ensures those who serve, or have served, in the armed forces are treated fairly – the college holds monthly forces’ coffee morning at its Academy training restaurant at the Metro One campus in the city centre, takes students studying for qualifications in uniformed public services on visits and residential trips to military units, and ensures serving reservists are given time off to fulfil their annual service commitments.

Hugh Benson, health and safety manager at the college and a former regular soldier with the 1st Battalion, Royal Irish Regiment, said: “We are delighted with this award which recognises the symbiotic relationship the college has with local regular and reservist units and our commitment to networking with forces’ organisations to support veterans and serving military personnel.”

The college will receive its award at a ceremony at the National Memorial Arboretum on Thursday, 31 October.

Students studying for A-levels at City of Wolverhampton College have praised their tutors for the nu...

HAIRDRESSING APPRENTICES STYLE IT OUT I...

Hairdressing apprentices who are studying for their qualifications at City of Wolverhampton Colle...

Apprentices working in the drinks dispensing industry have learnt the latest guidance around Covid...

City of Wolverhampton College have supported the Salvation Army with food donations amid the Coronav...

Tutors at City of Wolverhampton College have hit back at a report in today’s Times newspaper (May ...