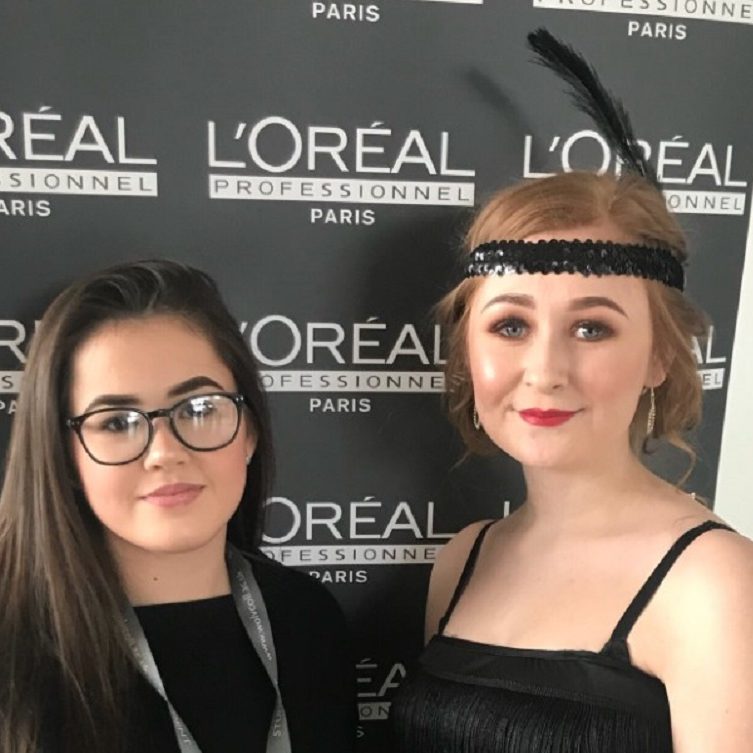 Talented trainee hairdressers studying at City of Wolverhampton College have made it through to the finals of a national hair competition.

Four students, who are studying for their hairdressing diplomas at the college’s Metro One campus, triumphed in the Midlands round of the first Concept Hair magazine Apprentice of the Year competition and will now go through to the national final later this month.

Entrants competed in the styling, hair up, and avante-garde categories of the competition and were required to produce 1920s and Great Gatsby styles, create dazzling prom hair, or produce a spectacular fire and ice-themed style.

The team will now compete in the final of the competition at the L’Oréal Professionnel Academy in London on Thursday, March 26.

The college is currently accepting applications for hairdressing and barbering course starting later in the year – apply here or call Tel: 01902 836000

Pictured is Level 1 student Jessica Dodd and the 1920s style she created for her model, Ellie.