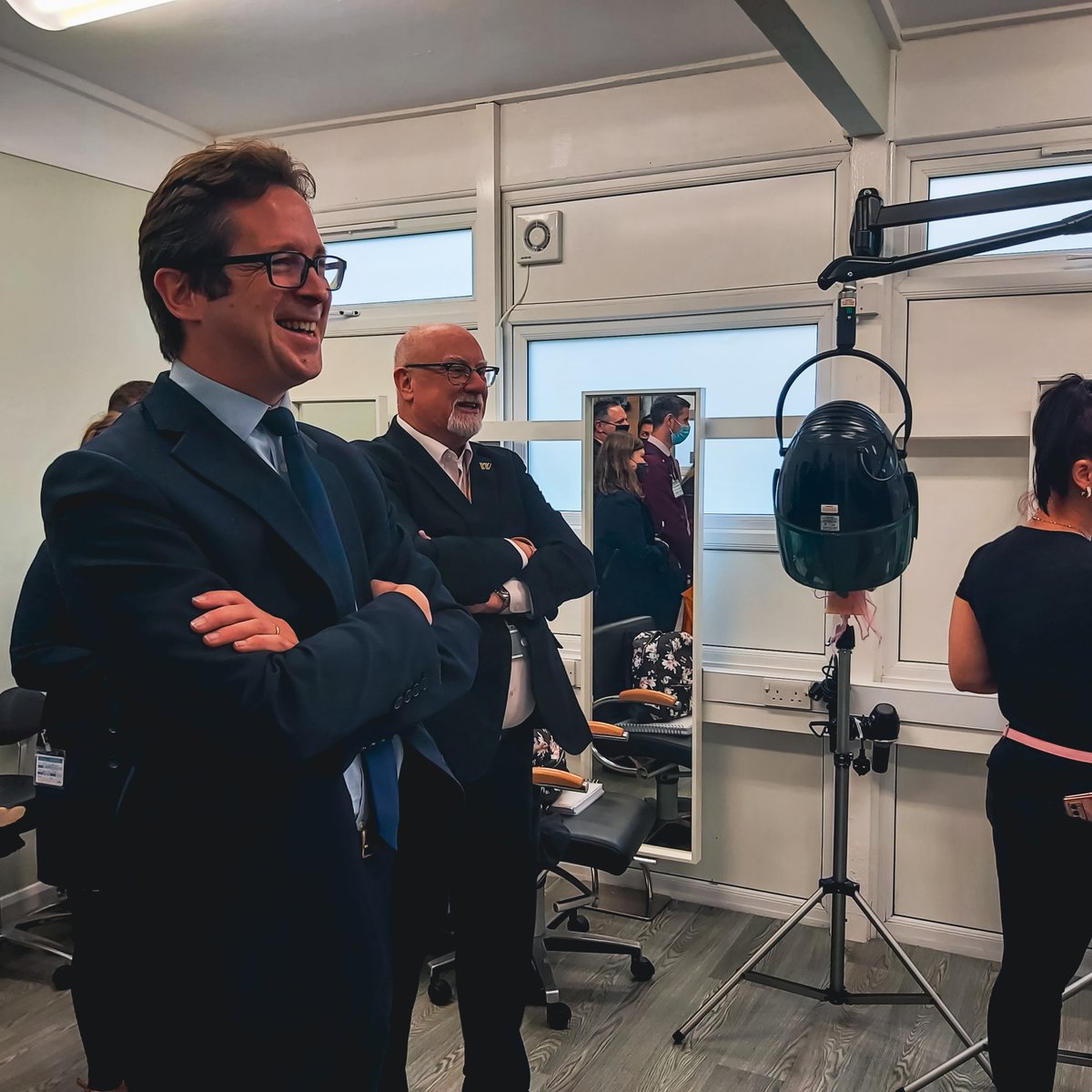 The new Parliamentary Under-Secretary of State for Apprenticeships and Skills met students from City of Wolverhampton College during a visit to one if its campuses last month.

Alex Burghart, Minister for Skills at the Department for Education, toured the college’s Paget Road in Compton and spoke to students about the proposed City Learning Quarter (CLQ) and the benefits that the new development will bring.

The college is working in partnership with City of Wolverhampton Council on plans for the site which, subject to funding bids, will see the construction of a new city centre campus, as well as investment in the surrounding buildings and public realm.

Mr Burghart, the MP for Brentwood and Ongar, said: “It was great to visit City of Wolverhampton College and meet some of their ambitious students and staff. You can feel the whole community rowing in behind the college and its students to take further education in the area to the next level.”

Malcolm Cowgill, principal and chief executive of the college, said: “The college has ambitious plans to transform the student environment and the CLQ will provide first class facilities allowing people from Wolverhampton and beyond to gain the skills and knowledge required to succeed in their chosen career.”

The college forecasts that over a 10-year period, approximately 45,000 people will benefit from learning at the CLQ and that around 7,500 will be started. In addition, the site will also generate and safeguard 750 jobs in the local economy.

The exciting proposals for the CLQ have been supported by an initial £6.2 million investment from the council and Black Country Local Enterprise Partnership, which has enabled the completion of design work, site surveys, ground investigations, site acquisition and clearance. The council has also bid for £20 million from the government’s Levelling Up Fund to help deliver the City Learning Quarter vision.