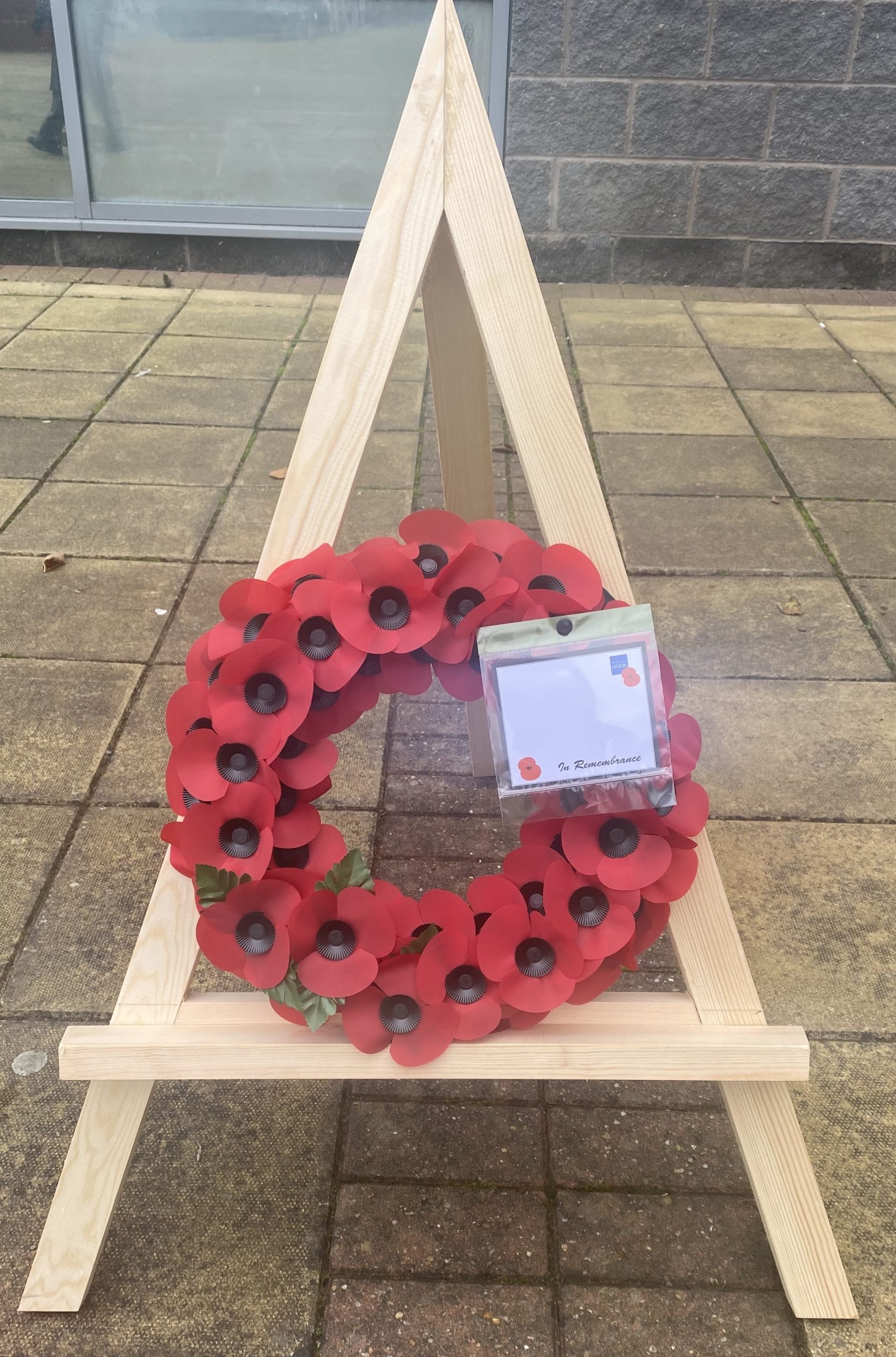 Students at City of Wolverhampton College honoured those who have suffered or died at war in an Act of Remembrance.

Over 60 students, who are studying for qualifications in uniformed public services, held the service at Wellington Road Campus in Bilston on Wednesday, 11 November.

The students wearing uniform, poppies and face protection formed 3 socially distanced honour guards, standing to attention for the two-minute silence at 11am.  Learners delivered the Exhortation in both English and German before the silence.  The silence ending marked by a reading of the Kohima Epitaph.

Students and staff from other areas of the college were invited to observe and learners on a Prince’s Trust team programme supported the event to ensure those attending maintained social distancing, in the area of the parade.

Learner Kulbir Bhatti one of the readers said “I am grateful to take a part within the Remembrance Parade as a speaker, proudly representing UPS to honour those who served and passed during the wars.”

Tutor Richard Jones said: “The service was delivered with learners taking on all the key roles and responsibilities organised by the students and it has been pleasing to see how they have worked together to create an event to ensure a fitting tribute to those who have lost or suffered at war, but also complying with government guidance around social distancing.”