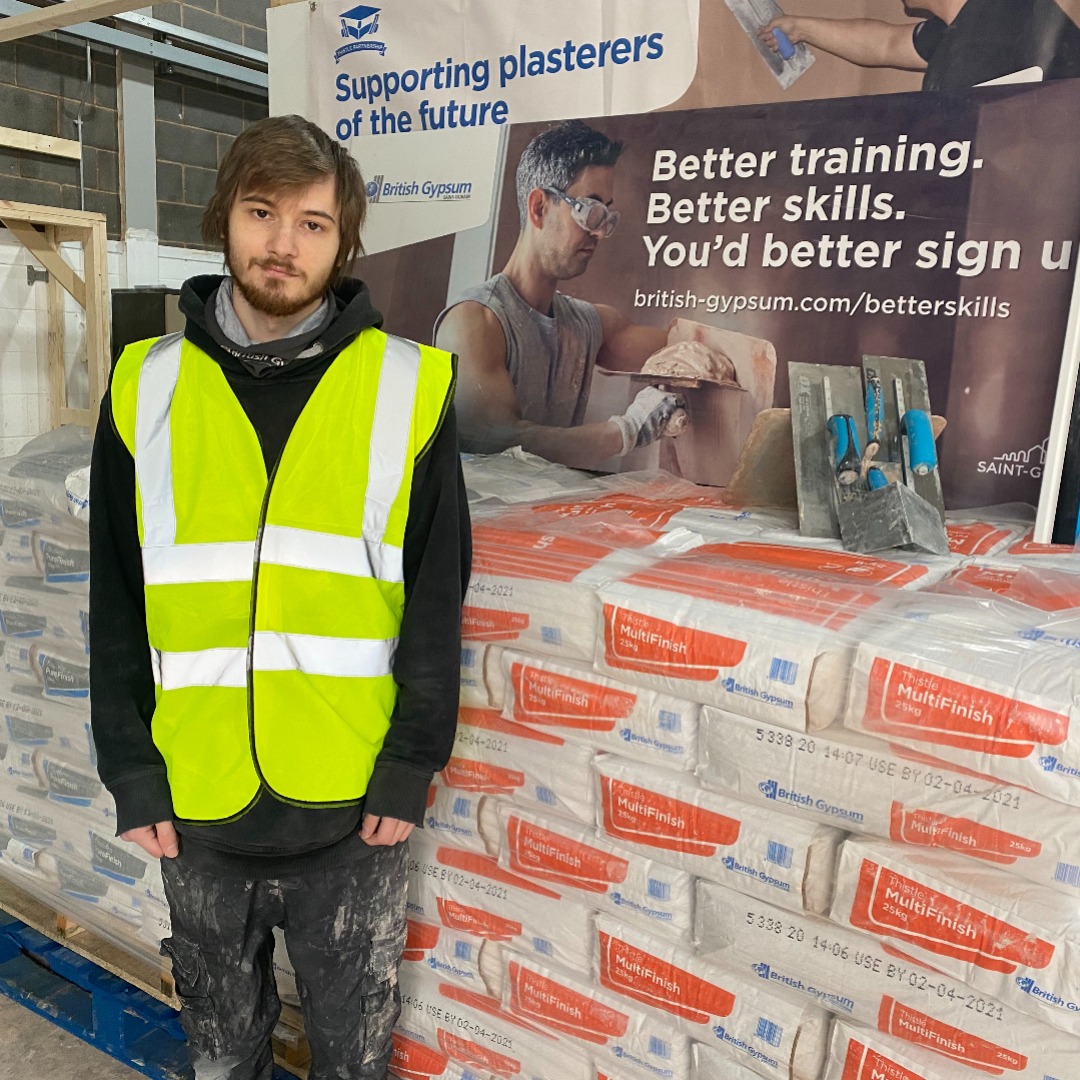 Unemployed 22-year-old Thomas Richards signed up for the seven-week British Gypsum Site Ready Skimming course as a step into work after hearing about the opportunity through his local Job Centre.

Thomas, who developed an interest in plastering after watching a friend working in the trade, said: “I would recommend the course it’s fun, it’s great and it’s hands on!

“Tutors are great, they were there for me and pushed me to do better and I feel a real sense of accomplishment now I’ve completed it.”

At the end of the course – which is offered by the college in partnership with British Gypsum Saint-Gobain and aimed at people who want to up-skill in plastering and skimming skills to work in the construction industry – Thomas attended interviews with job agencies specialising in recruiting employees for construction companies, as part of the step into work.