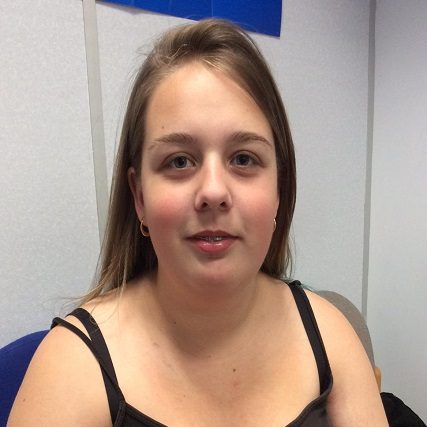 Seventeen-year-old Keri-Leigh Price opted to study art and design at college as, if she’d gone into the sixth form at school to do A Level art, she would have had to do an additional two subjects which she didn’t want to do.

Keri-Leigh, who is studying for the Level 3 diploma,  said: “If I’d had to do three A levels it would have been a waste of everyone’s time, so I chose college so that I could concentrate on the subject that interests me.

“There aren’t as may rules at college as there are at school – you’re treated like an adult and so become more independent, and tutors allow you interpret their assignment requirements in a creative way rather than telling you what to do.

“It’s important that you pick a subject and way of studying that’s suitable for you, rather than being persuaded to stay at school by teachers – coming to college was definitely the right decision for me.”