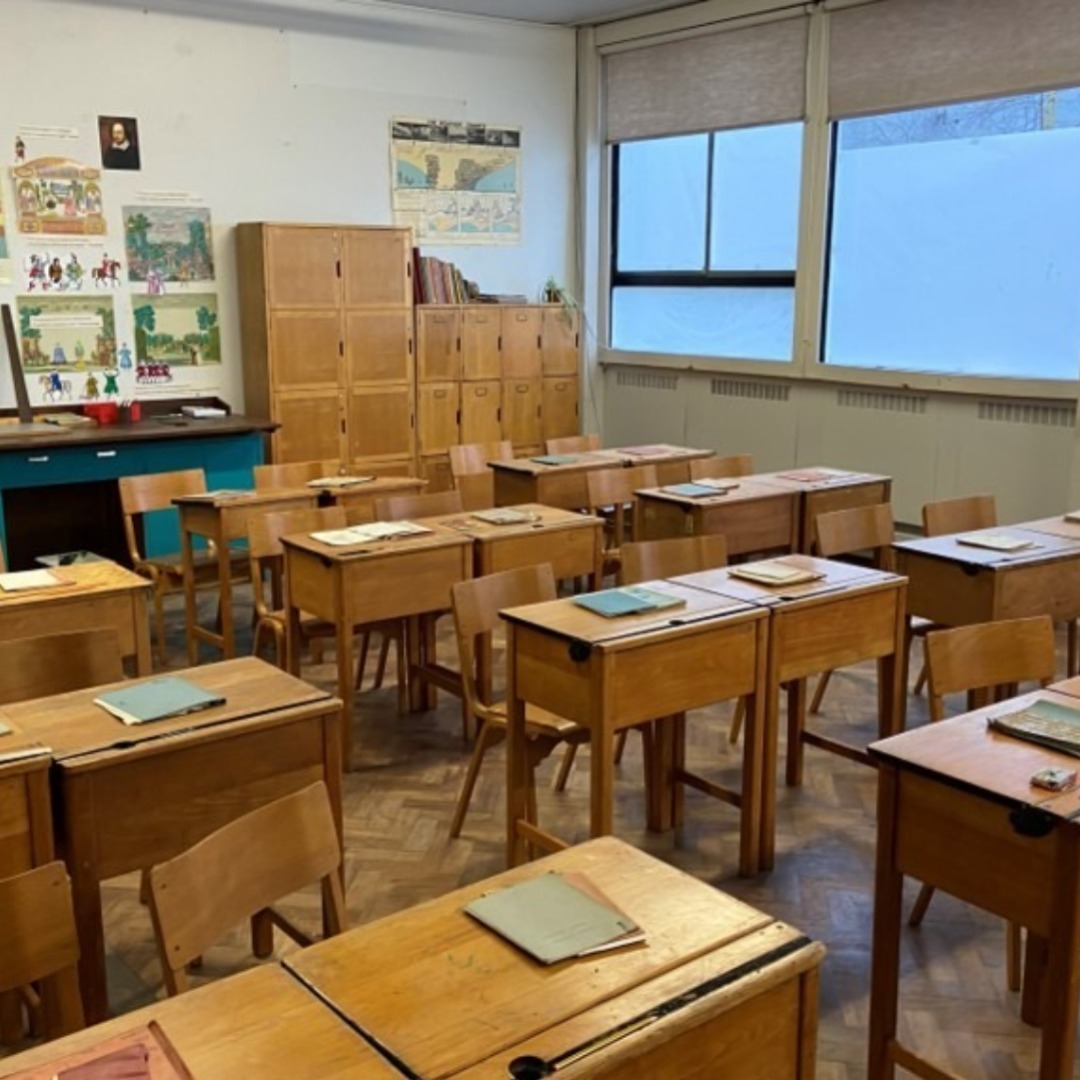 City of Wolverhampton College’s Paget Road campus is set to star in a new BBC One film series.

The campus will ‘play the part’ of Bygate Hill secondary school in Red, White and Blue, the third in Academy Award, Bafta and Golden Globe-winning filmmaker Steve McQueen’s Small Axe collection of films which kicks off on from Sunday 15 November.

The five original films that make up the Small Axe collection are set in the 1960s to mid-1980s and focus on the lives of London’s West Indian community and how they shaped their lives despite racism and discrimination.

Filming took place in classrooms, offices and a science lab on the campus over two weekends in October 2019 and, to ensure the areas used looked realistic, brightly coloured woodwork in classrooms and corridors was painted brown and modern college furniture, fixtures and fittings were replaced with that of the era.

The entrance to WVSixth – the college’s sixth form block – was transformed into the main entrance of Bygate school and artwork in the style of the era, created by current art and design students, was used to decorate the walls of classrooms and corridors.

After filming was complete the rooms were re-painted to restore them to their former state and all furniture, fixtures and fittings were replaced.

Michael Dixon, head of faculty for technology, creative and academic studies at the college, said: “We were thrilled to be asked if the Paget Road campus could be used as Bygate school in the series. The building was actually constructed in 1962 so it is a fitting setting and it was interesting to see how the rooms used were adapted from modern workspaces and offices to look like rooms from the era.”

Red, White and Blue, which will be shown on Sunday 29 November, stars John Boyega and spotlights the true story of Leroy Logan who, at a young age, saw his father assaulted by two policemen, motivating him to join the Metropolitan Police and change their racist attitudes from within.

John Boyega is most famous for his roles as Finn in several Star Wars films, as well as Jake Pentecost in Pacific Rim.