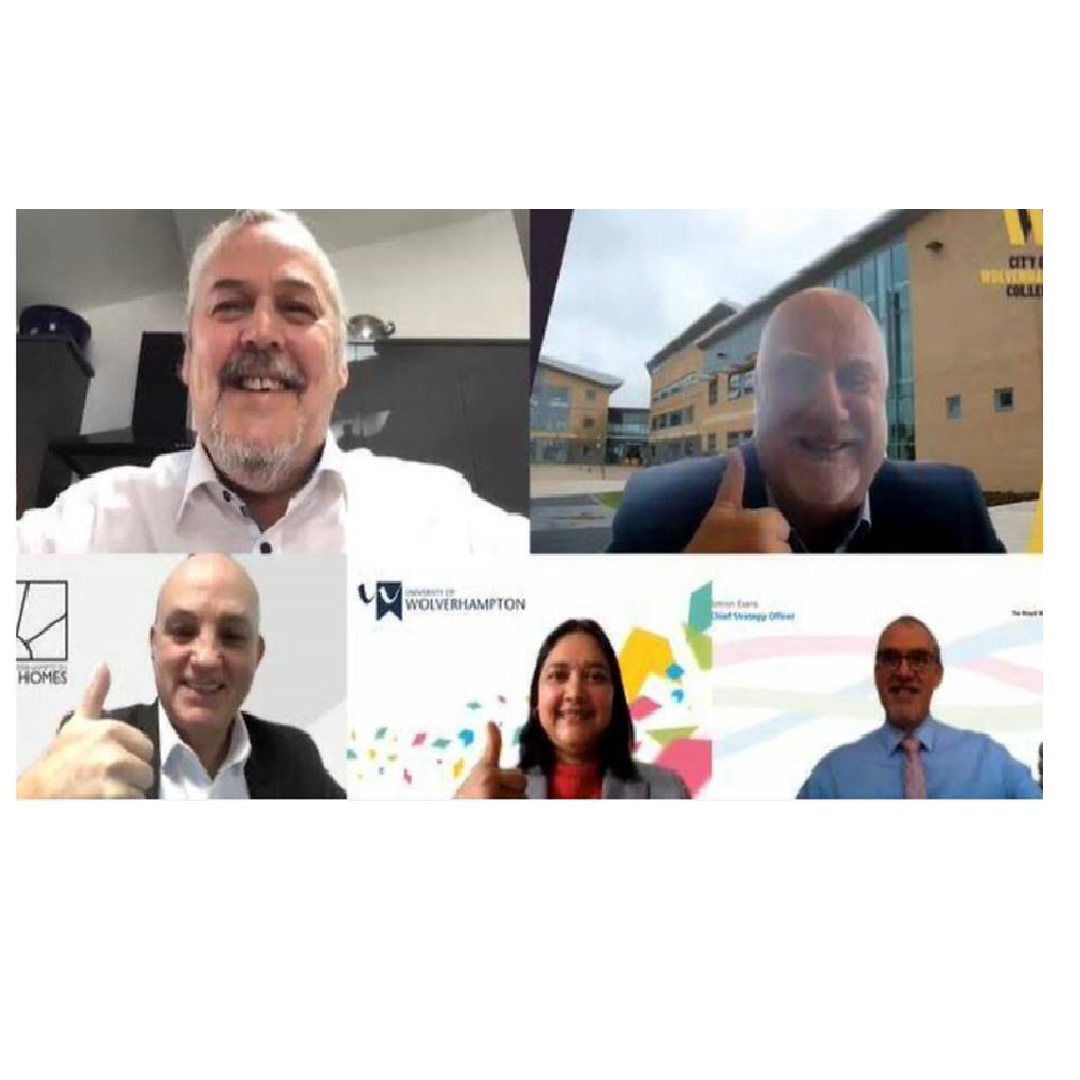 Major public sector organisations in Wolverhampton have joined forces to launch the ‘Wolverhampton Pound’ with a pledge to keep more of their £834 million collective spending power within the city. Cabinet councillors approved the Wolverhampton Pound initiative on Wednesday 20 January 2021.

The approach, known as community wealth building, has been successfully adopted in Preston, Lancashire, where council chiefs credit the initiative with creating 1,600 new jobs, £74 million of investment into the city and £200 million into the regional economy. Together with the above partners, the focus will be to deliver on five core objectives:

Mal Cowgill, principal and chief executive of the college, said: “As a college we are delighted and proud to be involved. This is a fantastic opportunity for the college to be at the heart of supporting and providing individuals with skills to access new jobs and opportunities to support the local economic recovery.”

Council leader, Councillor Ian Brookfield, said: “The Wolverhampton Pound is about keeping more of our city’s money right here so that it benefits local people. The city’s public sector has massive spending power and what we are envisaging is prioritising local firms and organisations when it comes to decisions over where to spend it.

“If you take the city council, we employ 4,500 people and own 20% of land in the city, when you combine our spending power with our partners, we are looking at more than £835 million annually and 14,000 employees. Together, we can really benefit our local economy and our communities by harnessing the power of the Wolverhampton Pound to deliver projects which benefit our people rather than lining the pockets of shareholders who have probably never set foot in Wolverhampton.

“This approach really works, up in Preston millions have been invested into the city directly as a result of institutions choosing to spend money locally. They have made it easier for local businesses to bid for contracts and set up local firms to provide local services, created jobs, paid more people the living wage, and moved the city out of the 20 most deprived places in the UK.”