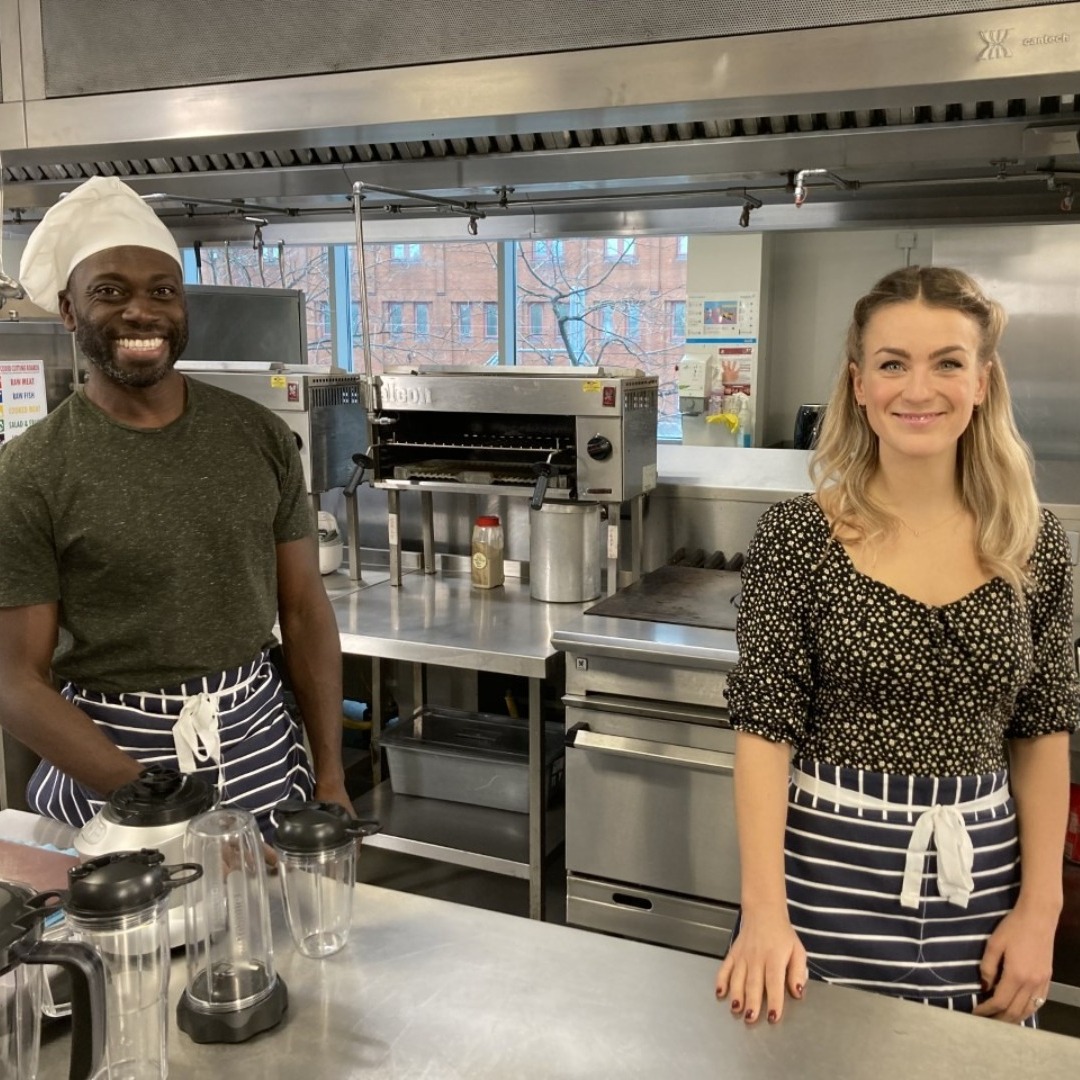 An episode of Channel 5’s The Gadget Show is being filmed at City of Wolverhampton College today, Wednesday December 2.

Presenters Georgie Barrat and Ortis Deley, will be using the college’s Academy restaurant – at the Metro One campus in the city centre – to film part of an episode for the next series which will start airing in February 2021.

The content of the episode, and what the presenters will be testing, will not be revealed until the date of broadcast, however students studying for hospitality and catering qualifications will get the chance to meet the presenters and have a look at the equipment when filming is complete.

The popular full-licensed 42-seater training restaurant and kitchen is run by students studying for diplomas in professional cookery and food and beverage service  and serves two-and three-course lunches and evening meals during term time.

Lynn Parker, head of faculty of professional, leisure and service industries, said: “We were delighted to be asked if the Academy restaurant could be used to film an episode of the show and it will be great to find out more about the equipment the presenters will be using when it’s broadcast in February.”

The Gadget Show launched in 2004 and reviews the latest gadgets and technological innovations from across the world in an informative and entertaining way.