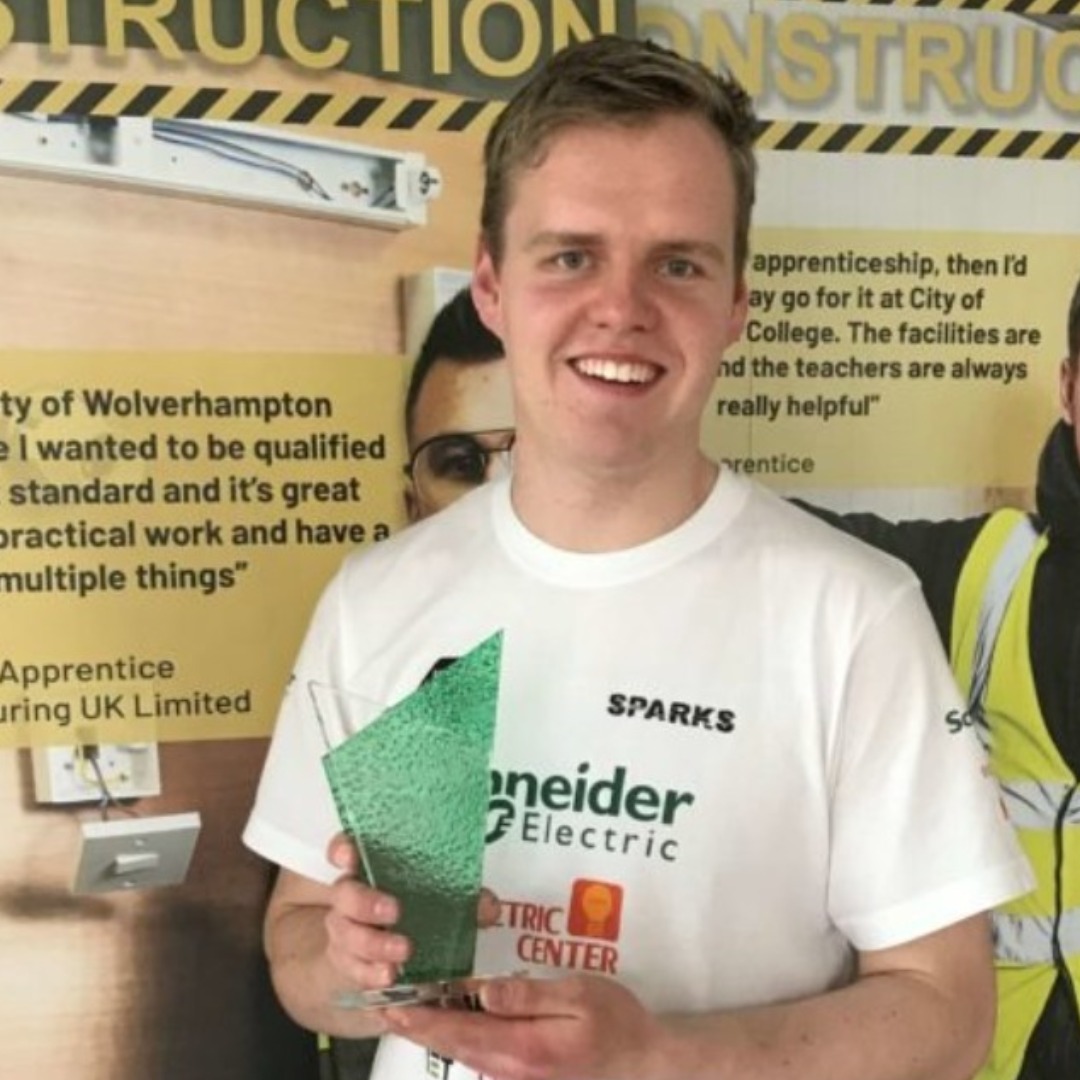 An electrical installation apprentice studying for his qualifications at City of Wolverhampton College is celebrating after winning a national skills competition.

Tom Tyler, aged 22, an apprentice at RS Electrical in Cannock, won the SPARKS magazine Learner of the Year competition 2021, after beating off tough competition from six other participants in the finals of the competition on May 20.

In the final round, Tom was required to carry out the installation of a lighting circuit, two power socket circuits and a cooker circuit in five-and-a-half hours, with his work judged by a representative from the National Association of Professional Inspectors and Testers (NAPIT) and two assessors from SPARKS magazine.

Tom, who combines working for RS Electrical with studying for the City and Guilds Level 3 electrotechnical (installation) qualification at college, said: “The tasks I had to compete during the competition were challenging but thanks to the skills and knowledge I have gained through my apprenticeship, I felt confident in completing what was required.

“I am over the moon to have won the competition and would like to thank my employer and tutors at the college for the support that they have given me throughout my training and in preparing for the competition.”

For coming top in the competition, Tom won a cash prize of £1,000, a DEWALT combi drill and a range of Snickers workwear.

Get details of the electrical installation apprenticeship here