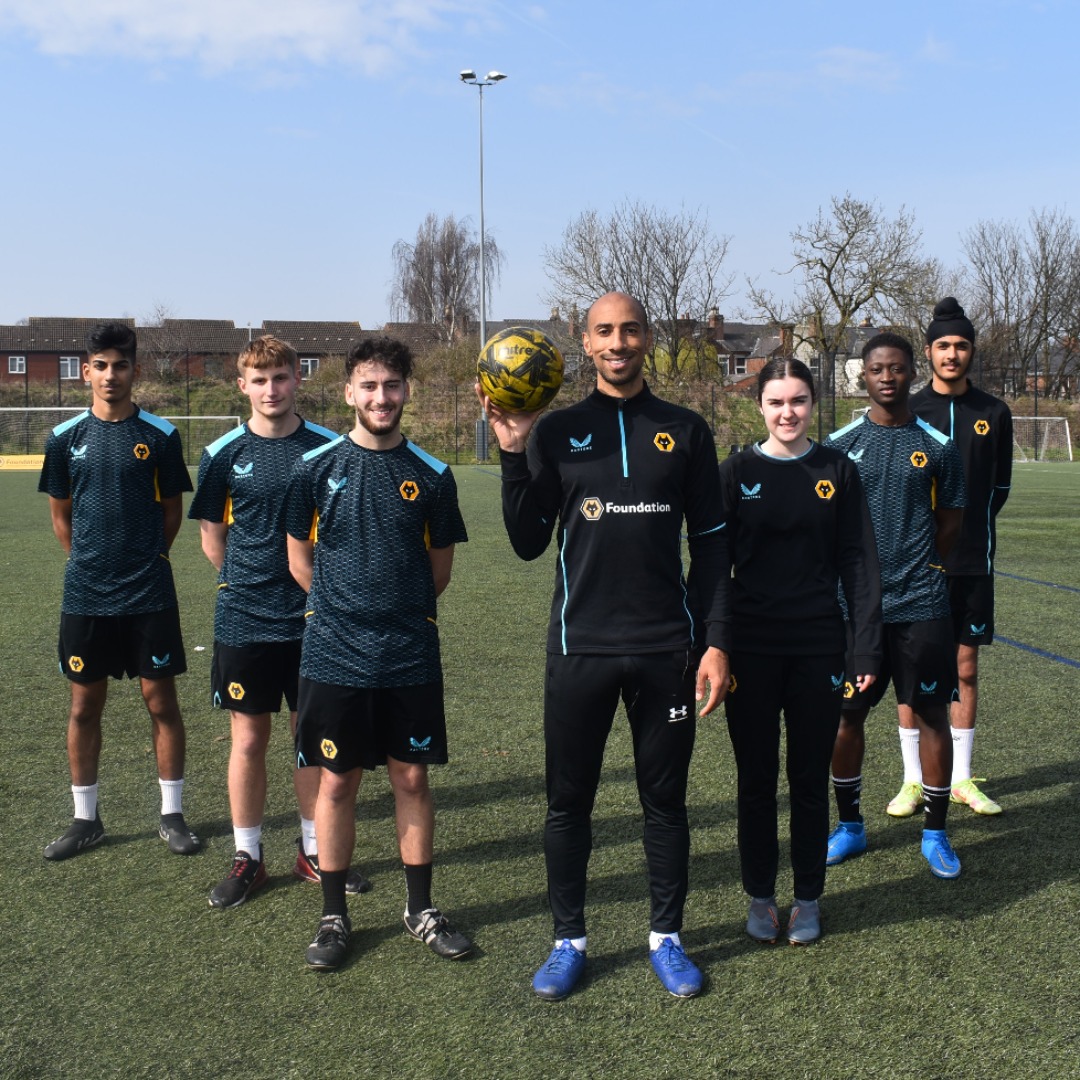 Sports students from City of Wolverhampton College were put through their paces on the football field when former Wolverhampton Wanderers captain Karl Henry pitched up at the Wellington Road campus today (Tuesday, 22 March.)

Henry, who played for the club from 2006 to 2013 and captained it to the Premier League, led a training session for around 75 members of the Wolves Foundation BTEC Football and Education Academy, for which he is an ambassador.

Henry said: “I put on a session on possession-based football and playing out from the back and showed the players alternate solutions to progress up the pitch. I’m doing my coaching badges at the moment so it was also a learning curve for me.

“There were some really good young lads who were listening and learning and I’m sure a few of them will have bright futures in the game.”

Academy student Mustafa Hussain, aged 17, who is studying for a level 3 diploma in sport, said: “To be coached by a player who has captained a Premier League club was a once in a lifetime opportunity that not many people have and I feel really privileged to have been able to take part in the session.”

The academy scheme – a partnership between the college and the Wolves Foundation – offers students the opportunity to work towards gaining an extended certificate or diploma in sport, as well as FA coaching badges.

The academy players also benefit from a range of enrichment activities including weekly training sessions with coaches from the Wolves Foundation, workshops and tours at the Molineux Stadium and training sessions at the Compton Park training ground.

The students also represent the college and the club in the EFL Community & Education Football Alliance, taking part in matches against teams representing Premier League clubs from across the country.