STUDENTS GET LOWDOWN ON FOOTBALL CAREER FROM WOLVES PLAYER 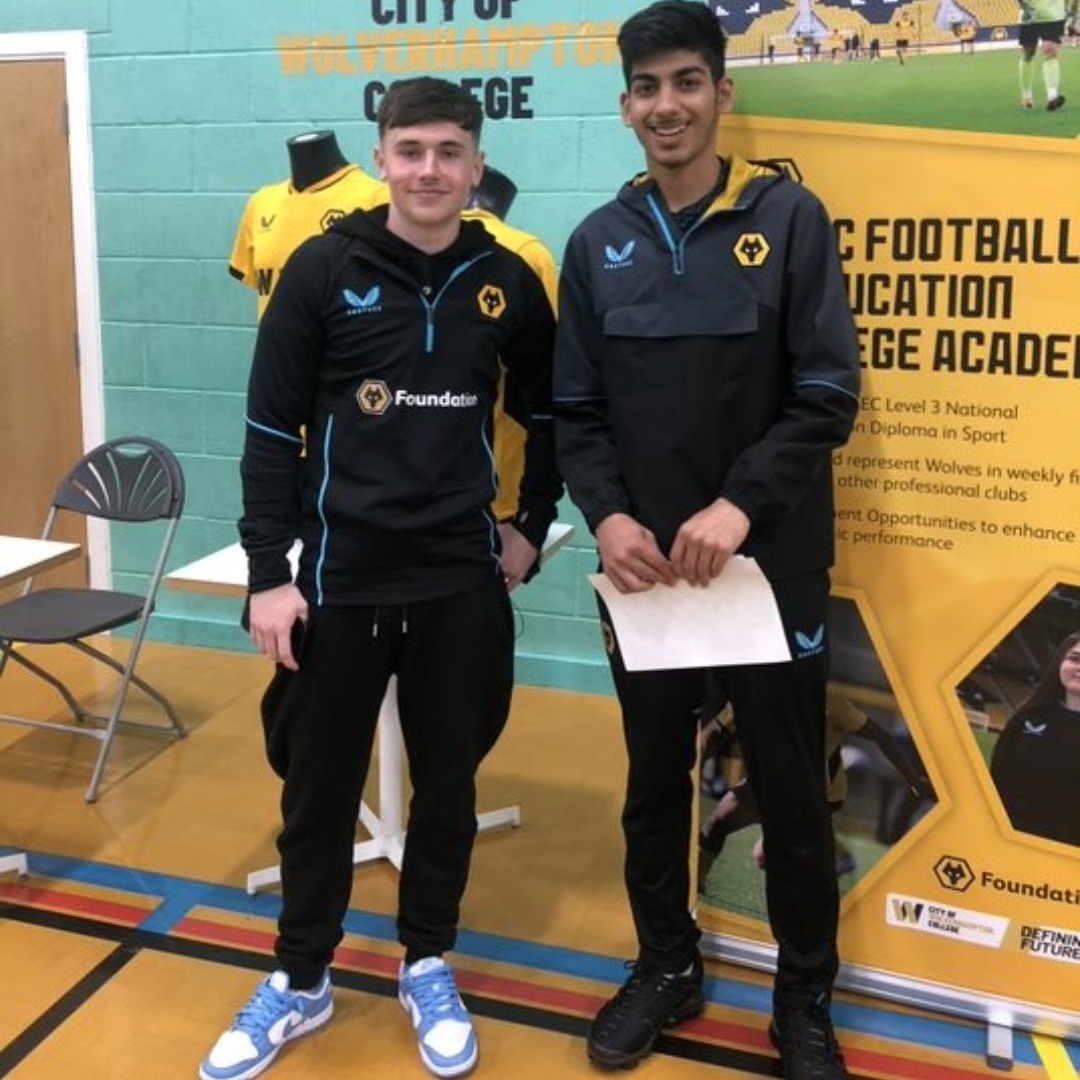 Luke, aged 18, who made his Premier League debut as a substitute in January before starring in Wolves’ 2-0 victory over Tottenham Hotspur last month – spoke to around 50 students from the college’s Football Academy programme which is run in partnership with Wolverhampton Wanderers Foundation.

As part of the visit he also presented the student of the month award to Mustafa Hussain (pictured), who won two tickets to the upcoming home game against Aston Villa.

Luke said: “”I enjoyed speaking to the students. They’re all a similar age to me, only a year or so below, so speaking to them and telling them my experiences was good.

“They have the same kind of aspirations as I had. I think telling them about where I started and how I got where I am is important. If it’s helping them at the end of the day, that’s the most important thing.”

As part of the Football Academy programme, students work towards either the Level 2 extended certificate or Level 3 diploma in sport, as well as FA Level 1 and Level 2 coaching badges, have weekly training sessions with coaches from the Wolves Foundation, attend the Molineux stadium for workshops, train at the club’s Compton Park training ground and represent the college and the club in the EFL Community & Education Football Alliance.

Brad Moore, senior education officer for Post-16 education at the Wolves Foundation said: “We really pride ourselves in being able to offer these enrichment opportunities to the Wolves students.

“And to have a player appearance on top of that was fantastic, so we’re really pleased Luke Cundle could come along. While we’ve had a few instances of virtual player engagement, this has been our first face-to-face player visit for over a year due to Covid. It was brilliant to get that buzz with the students.

“Because of his age and background Luke is very relatable for them, so it’s good for our BTEC students to have someone to look up to like that.”

Free taster sessions for the BTEC Football & Education Academy will be taking place on April 11 and April 12 – get more details and book a place here.